Twitch is now increasingly becoming popular in online casino streaming, streams of a range of creative processes as well as music broadcasts. You can view content on this website either via video on demand or live.

Punters now use this tool to share their gaming experiences. You can now see how games are played out and learn about their features without placing wagers. Twitch streams also provide insight on casino bonuses and how they work.  In this article, we’ll take a look at ten of the best Twitch online casino play channels.

We do not recommend you play at the online casinos promoted on Twitch, as many are not legal and very unsafe.

With almost 600,000 followers, Roshtein is one of the top online casino streamers on the Twitch community. Roshtein is a highly ranked streamer because he’s entertaining to watch. He has a warm personality and is known for betting big. His bet size often starts at €10 a spin, then it will steadily go up from there. Today, Roshtein has around 17 million views per month; he’s also famous for his big wins and high stakes.

Slots are his battleground of choice, and he plays a wide variety of games – from lower volatility games to high variance slots – to diverse audiences. Roshtein’s favorite slot game is Fruit Party, a 7-reel video slot that runs on the Pragmatic Play software platform. It’s one of the most enjoyable streams to watch, as it offers lots of adrenaline-pumping ups and downs when its volatility and Roshtein’s signature high stakes are combined.

With more than 400,000 followers, SteveWillSendIt is among the most popular online casino streamers on Twitch. The person behind this channel is Steve DeLeonardis, a young American who is part of Nelk Entertainment. DeLeonardis approaches life as a big game, and online gambling fits his personality. He’s big on slot games; his favorite slot is The Sweet Bonanza, a 6-reel video slot that runs on Pragmatic Play software and features 20 pay-lines. The slot game can give players a chance to walk away with up to 2,100x their bet. The Sweet Bonanza is packed with features like bonus rounds, multipliers, and Cand Bombs.

Since he’s American,  SteveWillSendIt has a limited choice of gambling sites at his disposal. As such, you’ll often find him playing at crypto casinos.

With more than 156,000 followers, this legendary casino streaming juggernaut has one of the popular channels on the Twitch community. The channel is operated by a boyband that consists of very energetic online casino Twitch streamers who all have blonde hair. Each person in this group has a different personality, which means that you will undoubtedly like at least one of them.

That is why we think they are so popular in the Twitch community. They also stream for numerous hours a day. CasinoDaddy specializes in high-stake slot games; however, you’ll also find them in live roulette and poker games. Fruit Party and Money Train are some of the go-to slot games for CasinoDaddy. These slot games have high volatility, allowing you to get big wins while you enjoy the gameplay. Other slot games that CasinoDaddy likes playing include Jammin’ Jars and Gonzo’s Quest Megaways.

ClassyBeef is a Twitch casino streaming channel from Malta. Although the channel is still new to the scene, it already has more than 100,000 followers. What makes ClassyBeef successful in this community is that this group is made up of seven hyper-energetic people. ClassyBeef’s streams often get between 5,000 and 7,000 viewers.

In less than two years, ClassyBeef has managed to stream more than 52,000 hours and garnered 5.7 million views. ClassyBeef specializes in video slots, with the bet size set around €10.  High variance slots such as MoneyTrain and  Dog House are some of the games they like because they offer some solid wins and thrilling gameplay.

The group usually competes with one another in what they call the Beef Battles to entertain viewers. Occasionally, you’ll also find the group taking on the hot dealers in live roulette. ClassyBeef also offers information on new casino promotions and bonuses that the audience should check out.

JugiPelaa is a Finnish online casino streamer with more than 58,000 Twitch followers. His streams often attract between 2,000 and 3,000 viewers. Finnish people are famous for their weirdness, and JugiPelaa has brought this madness and combined it with casino action. His streams include loads of slots along with games such as Call of Duty, Warzone, and PUBG. You’ll see crazy and weird stuff in his streams.

Dog House, a 5-reel video slot with 20 pay-lines, is his top game because the high variance brings excitement and big wins. Other high volatility slot games that Pelaa spins on his channel include Book of Ra, Fat Rabbit, and Reactoonz.

Peela also likes playing NetEnt slots such as Dead or Alive, Twin Spin, and Narcos. He often partners up with top online casinos in the industry.

JackpotRabbit is the hottest upcoming online casino streamer on Twitch. He started streaming slot games on Twitch in 2020, but he has already gained more than 19,000 followers.

JackpotRabbit does streams in English and plays high volatility slots such as Dog House Megaways and Fruit Party. Occasionally, they will play low variance, chilled-out slot games such as Fat Rabbit and jackpot slots like the 5-reel progressive slot Divine Fortune.

The man behind Xposed is the Ontario-based player Cody Burnett who has been into gaming ever since he was a kid. Xposed has more than 320,000 Twitch followers. Burnett has a warm personality and is full of energy. Xposed often play live games and slots. Some of the games that Burnett likes playing include Reactoonz, Fruit Party, Live Blackjack, Sweet Bonanza, and Crazy Time. Xposed plays at a range of leading and new online casinos.

This online casino streamer is popular in the French streaming scene. Taourrr1030 has more than 90,000 followers and likes to play table games and slots. He’s also famous for League of Legends and e-sports streams. Taourrr plays a lot of table games when compared to other online casino streamers. You’ll find loads of live blackjack streams where Taourrr battles it out with live croupiers. Also, poker tournaments are on his menu.

While Taourrr has some smarts, he does not enjoy playing games that do not need much strategy. One of his frequent go-to games is Crazy Time. Other games that Taourrr1030 play include slots such as Perfect Gems, a 6-reel video slot with a whopping 21609 ways to win. This high variance slot runs on the Play ‘n Go software platform and gives you a chance to win up to 5,000x your stake. Taourrr is quite selective when it comes to where he plays; you’ll often find him playing at crypto casinos.

Daskelelele is a slot streamer who is rapidly gaining a steady fan base. The channel has more than 58,000 followers on Twitch. Two Swedes – Philip and Jack Petersson – are the people behind this handle.

The duo is famous for streaming slot games; they like playing Megaways slot games from Big Time Gaming. Bonanza, a 5-reel video slot with 117649 pay-lines, is the game that has given them their biggest win. However, you will also find the duo spinning the reels of newer Megaways slot games such as Safari Gold, Gonzo’s Quest, and Return of Kong.

Reactoonz is another popular game on Daskelelele. Loaded with cute aliens in a 7×7 grid, this video slot from Play ‘n Go fits perfectly into Daskelelele’s choice of slot games that only need matching symbols to win. High volatility slots such as Money Train and Deadwood are also their favorites. From time to time, you’ll also see the two popping into live casinos to enjoy a thrilling gaming experience on Mega Ball.

While the channel mainly focuses on slot games, Bidule is a comprehensive gambling package. You’ll find him playing casino classics such as live dealer games, table games, and slots on his streaming channel. High variance slots such as Dog House are popular because they often bring in big wins. Also, Book of Dead is a top Bidule game. The bottom line is: You do not know what you’ll get on Bidule when you decide to click on his streams. That is what makes Bidule stands out from other online casino streamers on Twitch.

At the time of this writing, Bidule has 152,000 Twitch followers, and his community is highly active and loyal. His most recent June stream had more than 81, 0000 viewers, which is impressive. He also has a YouTube channel with more than 64,000 subscribers where he offers stream highlights. 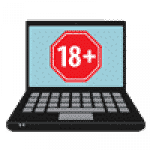 About OnlineCasinos.Net
OnlineCasinos.Net helps you find the best safe licensed online casinos. You can read more here about us and the site here: https://www.onlinecasinos.net/#so-how-are-we-different-from-the-rest
Countries
Canada